So, recently I took part in a swap challenge to make a Halloween/Fall related embroidered felt ornament. I thought for awhile & wasn't sure what to make, but after a bit of thought about Halloween & fall, pumpkins & apples, skeletons & skulls I came up with the idea of a 'poison pumpkin' & today, I thought I'd share how you can make one, too :) 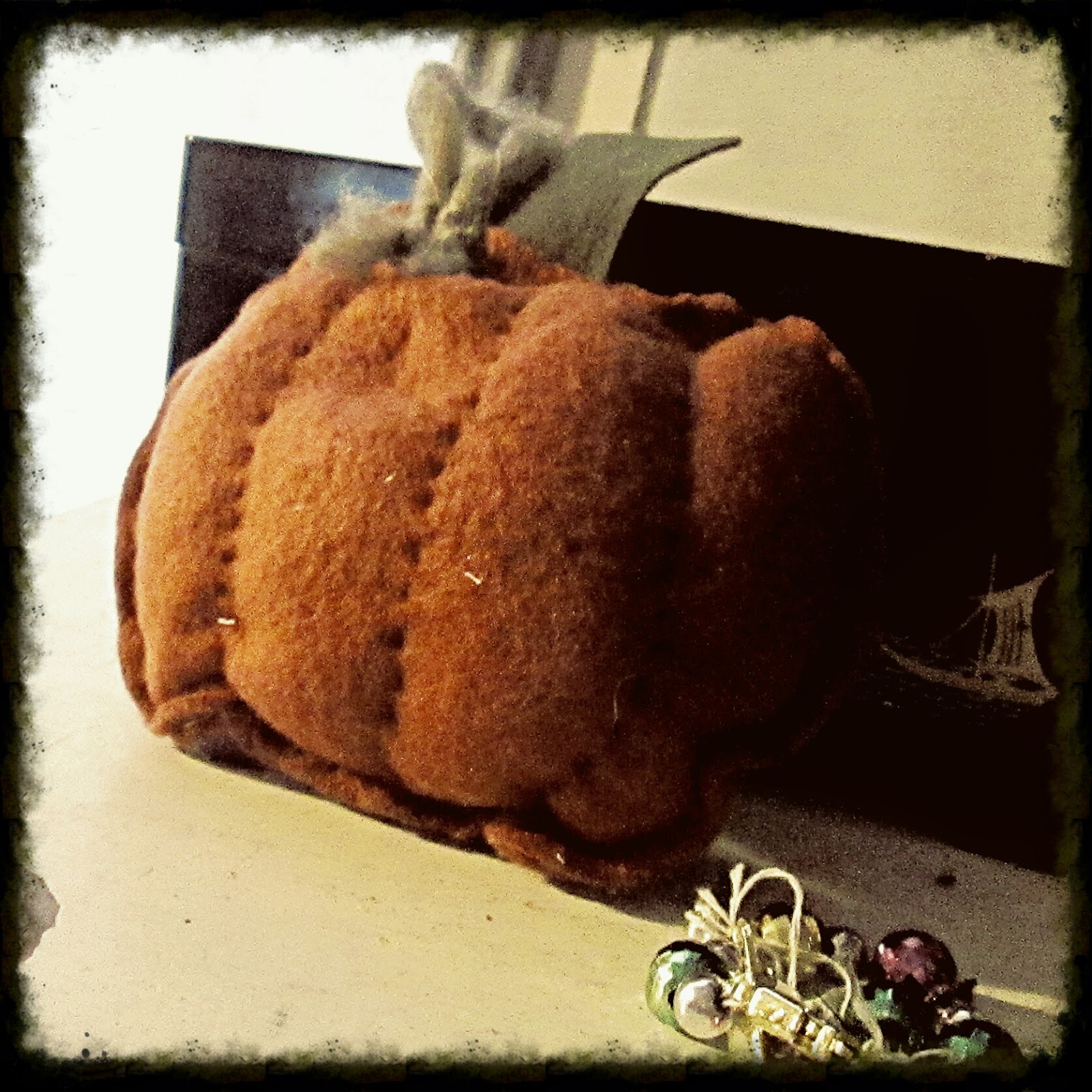 What you will need:
Felt in orange & green
Yarn or Ribbon
Plain Fabric (light colors or white work best)
Thread in candy corn colors
Stuffing for plushies
Embroidery Pattern for skull (this one is from Sublime Stitching there are others or you can draw your own
Bowl (mine was about 6" across) & pencil for tracing
Scissors, pins

Step one: Iron your skull design onto the plain fabric, according to package directions, or draw your own. Embroider in your choice of colors & stitches (I liked the idea of candy corn colors on a sugar skull. My son once made a sugar skull with candy corn colors at a local event & I thought of this as I worked). Cut around the design. I used pinking sheers (some my grandmother had) to prevent fraying of the raw edges.

Step two: Cut two circles out of the orange felt. I used a bowl, large enough to accommodate the sugar skull design, plus enough for a small seam allowance & extra so the pumpkin wouldn't be completely covered by the design, to trace the circles onto the felt.

Step three: Cut out one stem piece. I just free-formed the shape, from some memory. You could make it less curved, as some pumpkins have more of a stump than an actual stem. Leave enough at the bottom for a small 1/4" seam or so.

Step four: Stitch the sugar skull embroidered piece onto one of your felt circles. I hand stitched everything, but you could also machine stitch your pumpkin.

Step five: Cut shallow ) ( into the top & bottom of your pumpkin pieces. These don't have to be perfect, but they should be the same on both pieces, so do both pieces at the same time.

Step six: Sew your stem piece to the top of one of the pumpkin pieces. Mine is sewn to the inside of the ) with a 1/4" seam, leaving most of the stem sticking out. Add a piece of yarn or ribbon for hanging.

Step seven: Sew the 'circles' together, using a 1/4" seam, leaving an inch or so left open to add the stuffing. I've simply left the edges showing, so there is no need for turning & the sugar skull is already on the outside.

Step eight: Add the stuffing. I've stuffed this loosely, for a lighter & more 'squishy' feel, but you can add more, if you want more a 'stuffie' kind of thing. Sew the opening together.

Step nine:  Add hand stitched curved lines, for a pumpkin effect. I've pulled my stitches a bit, to make the sections created by the lines puff out, like on a pumpkin. If you leave out the stitching, you get more of an apple shape, than a pumpkin (which would be cute in red felt, for a poison apple ;)

Have fun! Come back & show us what you've made. SAM 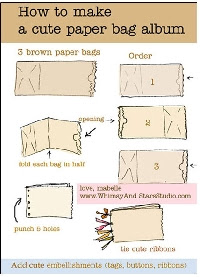 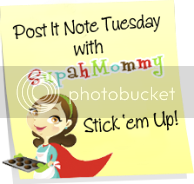